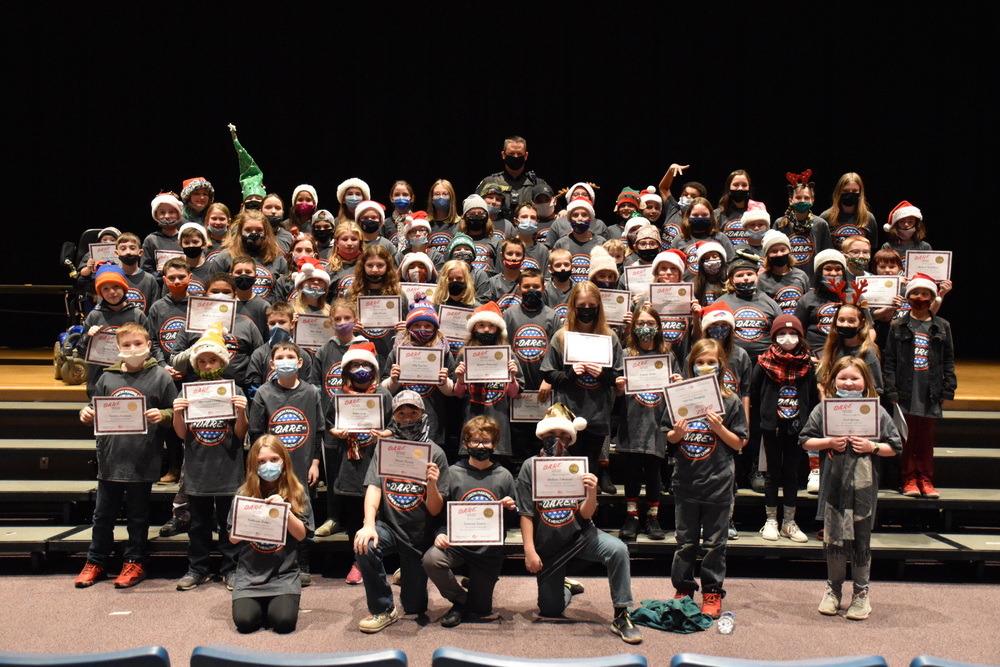 An acronym for Drug Abuse Resistance Education, DARE returned to Attica’s fifth grade classrooms in September for the first time in several years.

The national program was overhauled several years ago, and while it still educates students about the dangers of alcohol and drug use, it also focuses on students’ social-emotional needs and emphasizes topics like making safe and responsible decisions, gauging risks and consequences, recognizing and handling stress and responding to peer pressure.

Many DARE lessons center on the program’s decision-making model, which instructs students to define, assess, respond and evaluate if and when they encounter a potentially dangerous or risky situation.

“I think it went really well. I think it's very impactful to the kids,” said West of the program. “It’s not just me standing up there and doing instruction - they really break it down so that each  lesson may have five or six parts to it that are five minutes, 10 minutes in length so it really keeps their attention. I really think the kids benefit from the teaching style that DARE gives them. I also think, as fifth graders, they can really relate to the material that’s covered.”

Near the end of the 10-week program, students in each fifth grade class were tasked with writing an essay about what they’d learned in DARE. West read all the essays and picked the best from each of the four classes.

Essay winners were announced during Tuesday’s graduation ceremony and called up on stage, where West presented them with a special certificate. Winners then read their essays aloud.

Reading from her essay, Hope Anetrini said one of the things she learned in DARE that’s stuck with her is how to effectively use resistance strategies to keep out undesirable situations.

“In this chapter of my DARE book, I learned about things you can do or say if you see people getting into a risky situation,” Hope explained. “My favorite resistance strategy is avoiding the situation. If you know a place where people often use drugs, stay away from those places. I plan to use these in the future by saying ‘No,’ changing the subject and hanging around non-users.”

Fellow essay-winner Norah Sphar said West’s DARE lessons on recognizing different signs of stress, like blushing, sweaty palms and a racing heart, and effectively managing them had a lasting impact on her.

“I try to recognize when I am feeling stressed and try to think of something that is going to make me feel better,” said Norah. “Another thing I am going to try to do when I get stressed is go relax in my room. It is good to know what the signs of stress are so I can help someone else if I see that they are stressed.” 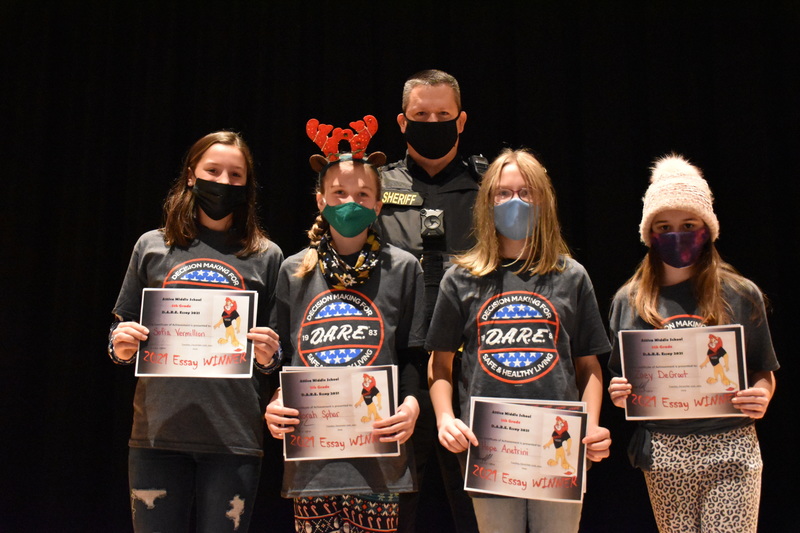 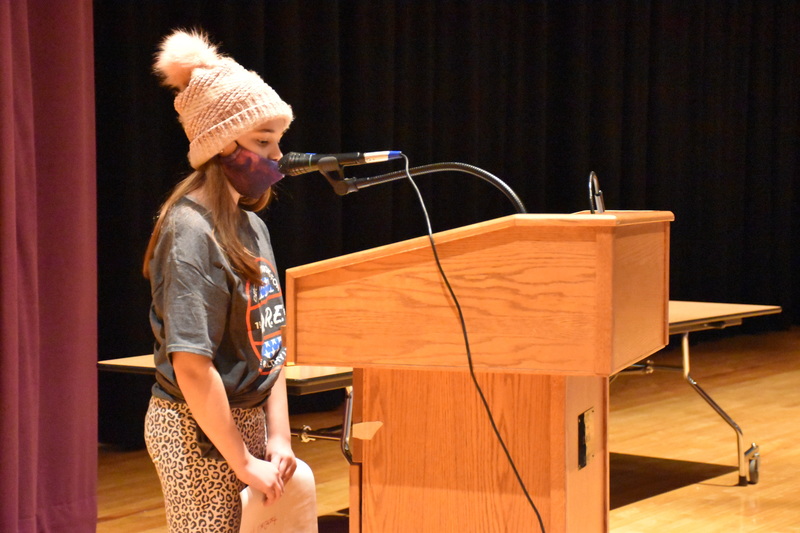 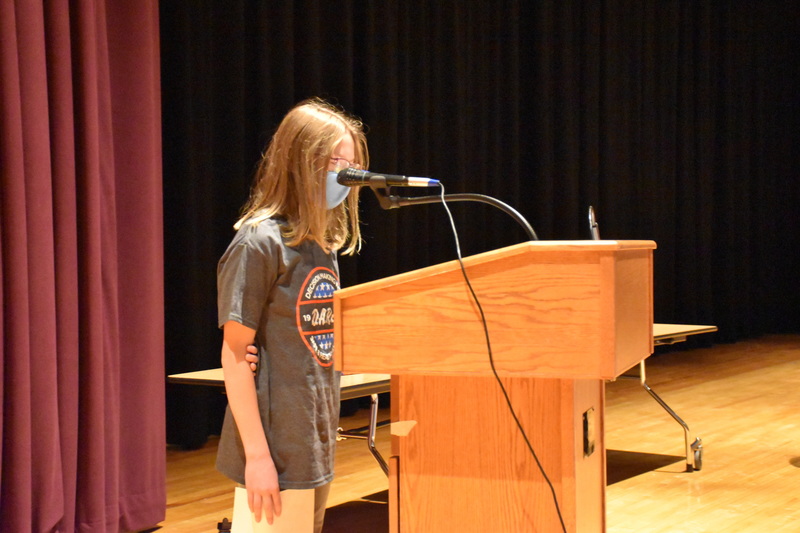 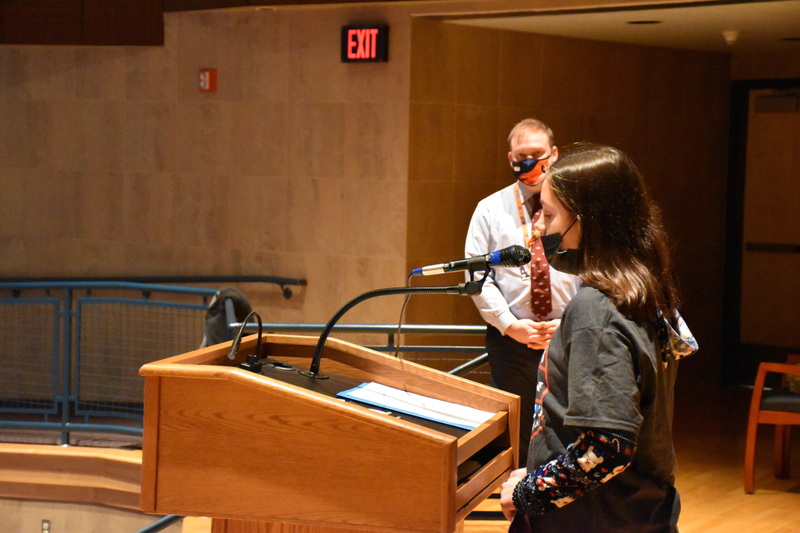 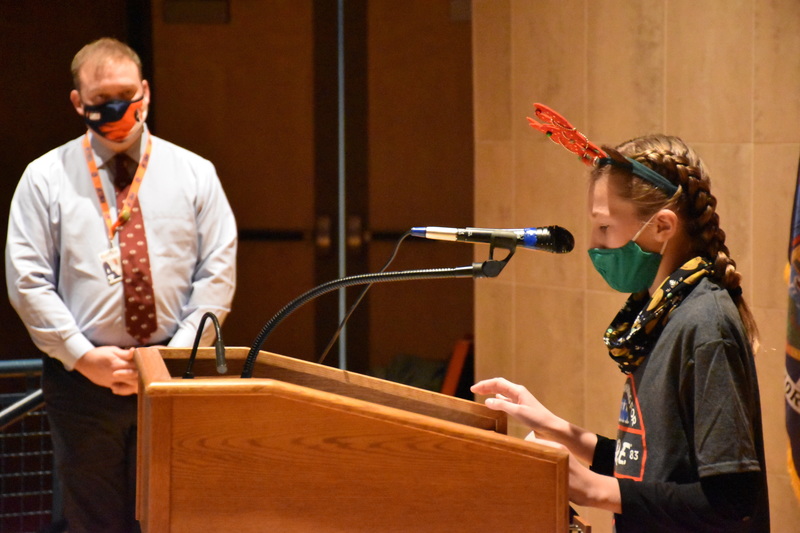 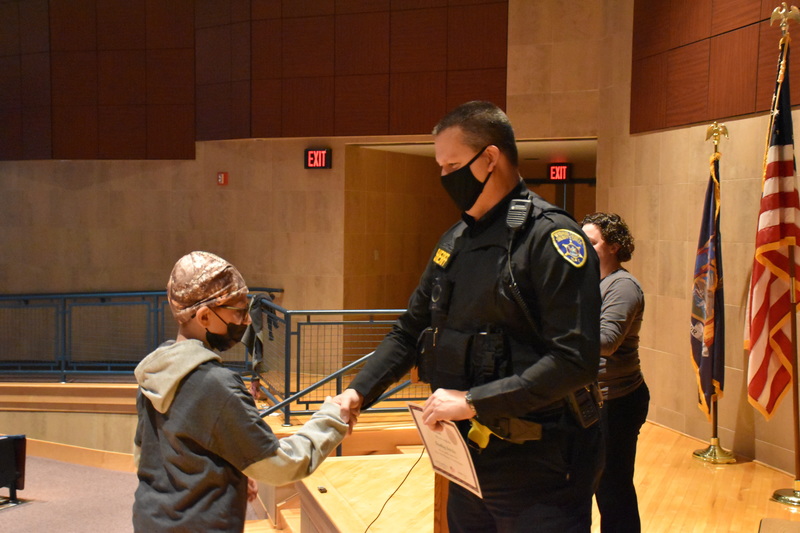 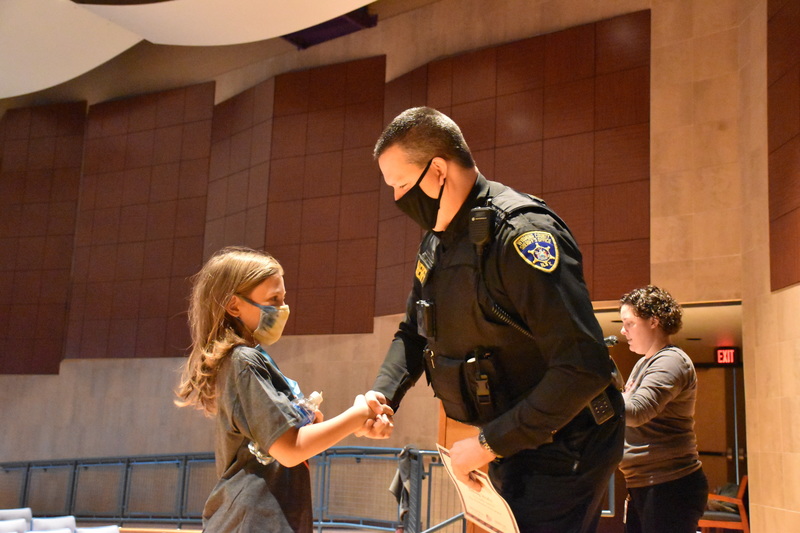