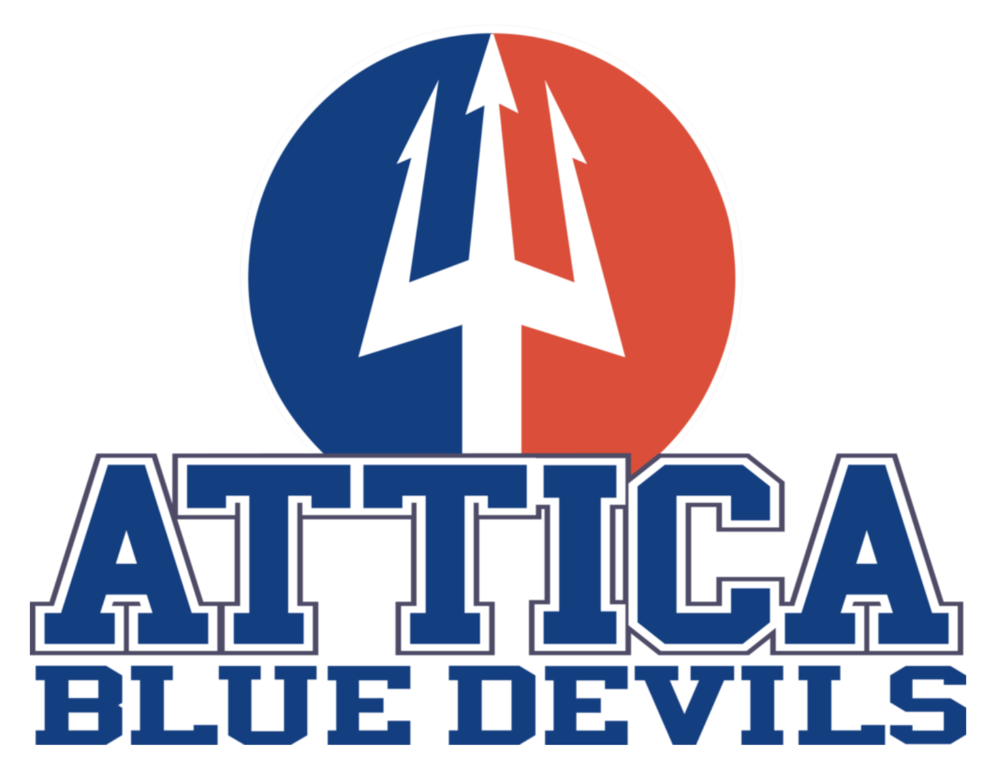 Many students may have been kicking back and relaxing over winter break but there was no rest for Attica student athletes, many of whom competed this past week.

Below is a roundup of Attica athletics action:

The Blue Devils traveled to Genesee Community College Dec. 29 to take on Notre Dame/Batavia. The Lady Blue Devils led most of the way before being nipped at the end by a score of 91-88.  Leading the way for Attica was double winner Libby Kibler (200-yard individual medley and 100-yard backstroke), Grace Gominiak (100-yard breaststroke), Cassidy Strzelec (diving) and the 200-yard medley relay team of Libby Kibler, Grace Gominiak, Kate Metzger and Kaylie Bugajski.

On the boys’ side, the Blue Devils battled for most of the meet before dropping a 82-73 score to Notre Dame/Batavia. Attica won two events on the night with strong performances turned in by Joe Parkhurst (50-yard freestyle) and Thomas Strzelec (diving).

Swimming back to back dates, Attica traveled to Byron-Bergen Dec. 30 to face another merged team in Byron-Bergen-Le Roy.

On the girls’ side, Attica won four events en route to a 106-79 loss. Winners for the Lady Blue Devils were Libby Kibler (200-yard individual medley and 100-yard backstroke), Kaylie Bugajski (50-yard freestyle), Cassidy Strzelec (diving) and the 200-yard medley relay team team of Libby Kibler, Grace Gominiak, Kate Metzger and Cassidy Strzelec. With the two losses, the Attica girls moved to 4-2 on the season and will swim against the Pembroke Dragons tonight at home at 5:30 p.m.

In the boys' meet, Bergen/Le Roy persevered for the 88-75 victory, though Attica was able to string together four first place finishes. Leading the way for Attica were Joe Parkhurst (200-yard individual medley), Thomas Strzelec (diving), Ethan Houghton (100-yard breaststroke) and the 400-yard freestyle relay team of Matt Parkhurst, Joe Parkhurst, Ethan Houghton and Thomas Strzelec. The Attica boys are currently 0-6 on the season and will swim at home tonight against the Pembroke Dragons starting at 5:30 p.m.

The junior varsity and varsity teams competed Dec. 28 and 30 as part of the Batavia Lions Club Christmas Tournament, which was held at the Batavia High School and Genesee Community College.

The JV team lost in the tournament opener to Batavia by a score of 63-47. In the consolation game, the Blue Devils lost a close 53-50 game to Royalton Hartland. The varsity team had a huge upset win over Batavia by the score of 50-48. In the championship game, Attica kept the game tight for the first half before Le Roy pulled away in the second half to win 58-34. Cole Harding and Simon Lamparelli were both chosen to the All-Tournament Team. Both squads are back in action Wednesday, Jan. 5 as they host the Pembroke Dragons. Games are set to begin at 5:30 and 7 p.m., respectively.

The junior varsity and varsity wrestling teams competed at the annual Akron Holiday Christmas Tournaments on Dec. 28 and 29. The JV team was paced by a strong finish from eighth grader Hunter Green, who won three matches on the day en route to a fourth place finish at 126 lbs. In the varsity tournament, strong performances were turned in by freshman Wyatt Bryman and sophomore Colin Bannister. Wyatt won three matches before losing a tough finals match and finishing second at 132 lbs. Colin, who also churned out three victories on the day, finished in fourth place at 152 lbs. The grapplers are next in action Thursday, Jan. 6 at Brockport. The match time is 7 p.m.