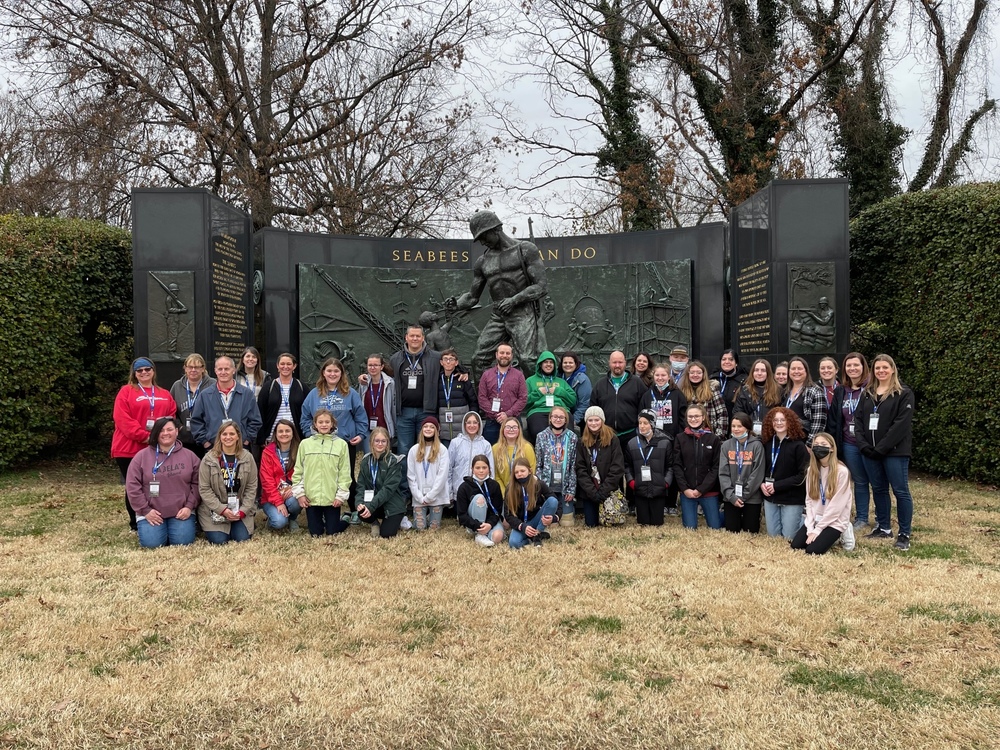 Wreaths Across America: Honor society members honor those who made 'ultimate sacrifice'

A trip to Arlington Cemetery in our nation’s capital to lay wreaths on the graves of soldiers who made the ultimate sacrifice in service to our country proved a powerful and moving experience for members of Attica’s National Junior Honor Society chapter.

Students traveled to Washington D.C. Friday, Dec. 17 and laid wreaths the following day as part of National Wreaths Across America Day, an annual event that seeks to remember fallen U.S. veterans and honor those who served.

“We arrived Friday and were able to take some time and visit the Smithsonian museums,” said Julie Daley, an NJHS advisor who accompanied students on the trip. “On Saturday morning we were up early to be at Arlington for the wreath laying. We were in the cemetery at 9:45 a.m. and we participated in the wreath-laying at the graves. We were also able to walk around and observe the activities going on as well as a visit to the Tomb of the Unknown Soldier for the changing of the guard.”

Heather Smith, an NJHS advisor who also went on the trip, said she and Daley sought to impress on students the significance of the sacrifice service members buried in Arlington had made for this country.

“We didn't want it to be just a brief walk through headstones. We deeply encouraged our students, as well as their parents, to look up the people for whom they placed wreaths,” Smith said. “They are more than just an etched gravestone from years past. They are someone's daughter, son, wife, husband, father or mother. They lost their lives fighting for each and every student that went with us - for their freedoms, freedoms we tend to take so much for granted, at times.”

One student, Addyson Zawilski , even had the opportunity to visit and lay wreaths on the graves of her maternal, great-grandparents.

Harry Pace served in the U.S. Army and fought in World War II, the Korean War and the Vietnam War, said Addyson. He was buried in Arlington shortly after his death in 1989. His wife, Julia, was interred beside him following her death in 2002.

Their graves were a bit of a hike from the section of the cemetery where Attica students were working, but Addyson said she and her mother, Maria, didn’t mind the hike.

“We were willing to do it because we came to D.C. two years prior but never got a chance to visit them,” said Addyson, an eighth grader. “As we were walking to their section we had our fingers crossed that someone hadn't already put a wreath on their stone. When we got to their section most of the stones were empty and we were super hopeful that there wasn't a wreath already there.”

When the pair finally found Harry’s and Julia’s gravestones at the southern end of the cemetery, right across the street from The Pentagon, they hadn’t yet been adorned with wreaths, so Addyson laid two down - one for each of her great-grandparents.

“That moment is a moment I will never forget because it was truly amazing,” said Addyson.

Smith hopes the experience had a profound impact on Attica students who participated and that she was proud of those students who took time out of their lives to help honor those who made the ultimate sacrifice.

“To be able to travel to Arlington, walk amongst those who gave the ultimate sacrifice, to be able to place such a simple thing as a wreath to honor them was humbling beyond words,” she said. “To stand near the top of Arlington Cemetery and look out at the mass movement of volunteers sent chills bone deep. To know that our students were part of that was a proud moment.”

In all, 23 students went on the service trip - 20 from Attica and three from nearby school districts. 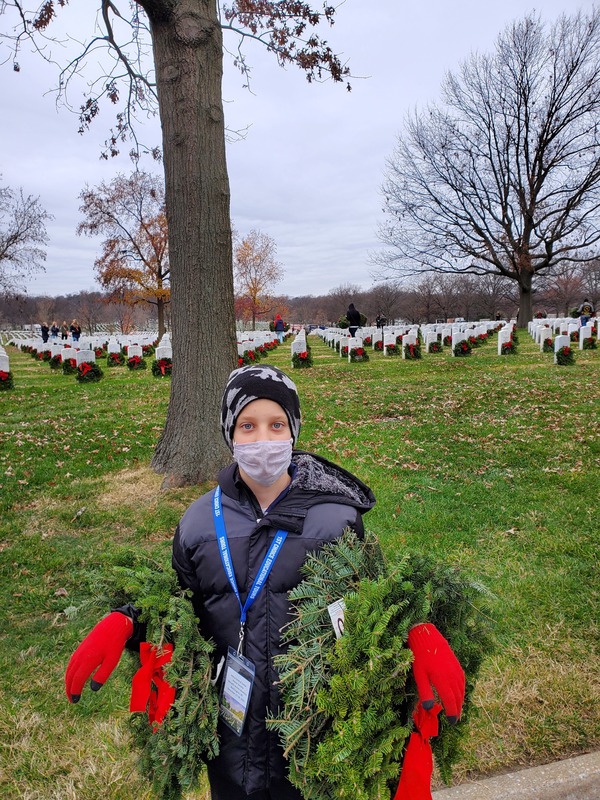 Joshua Kipfer is pictured on a service trip to Washington D.C. in December to lay wreaths on the graves of fallen U.S. service members. 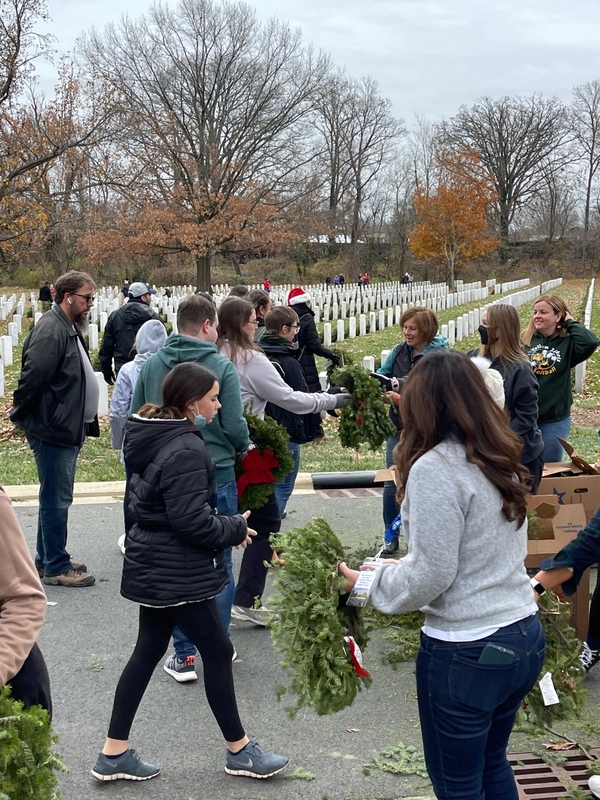 Members of Attica’s National Junior Society chapter lay wreaths on the graves of fallen members of the U.S. armed forces at Arlington National Cemetery in Washington D.C. Dec. 17 as part of National Wreaths Across America Day, an annual event that seeks to remember fallen U.S. veterans and honor those who served. 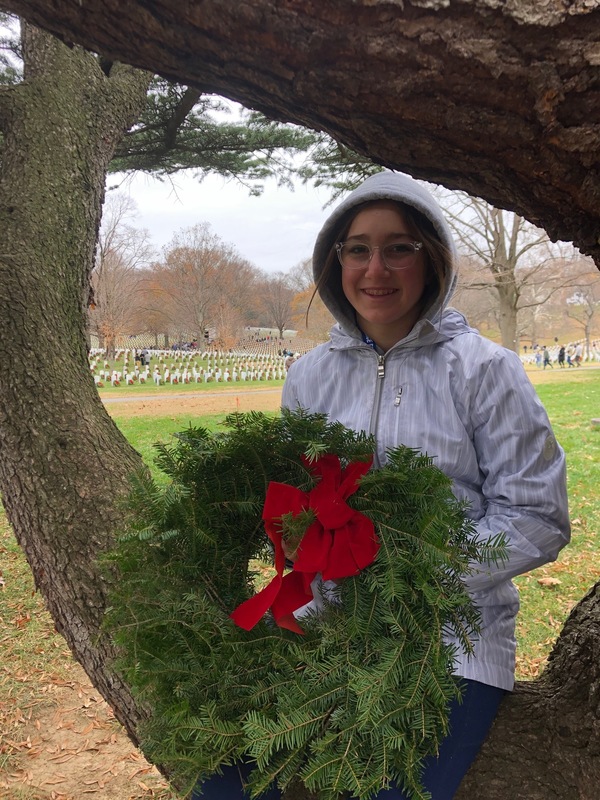 Vanessa Schlau is pictured on a service trip to Washington D.C. in December to lay wreaths on the graves of fallen U.S. service members. 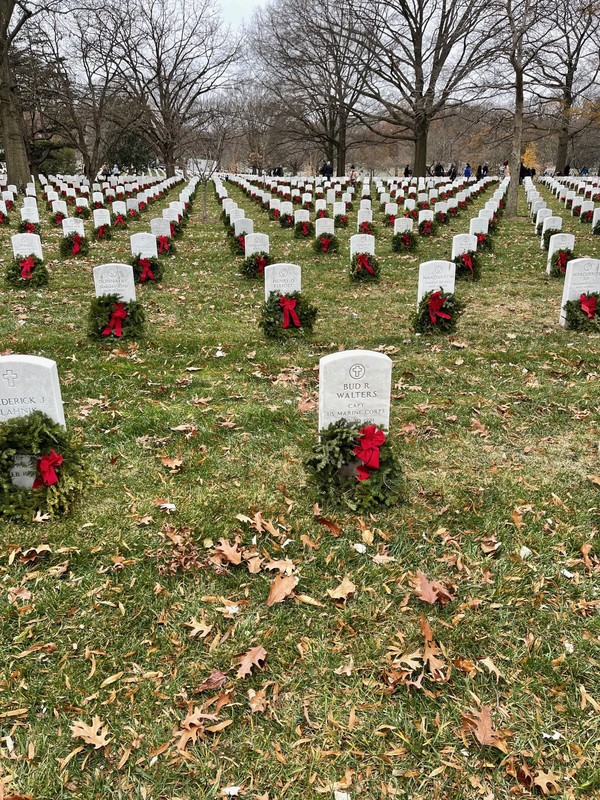 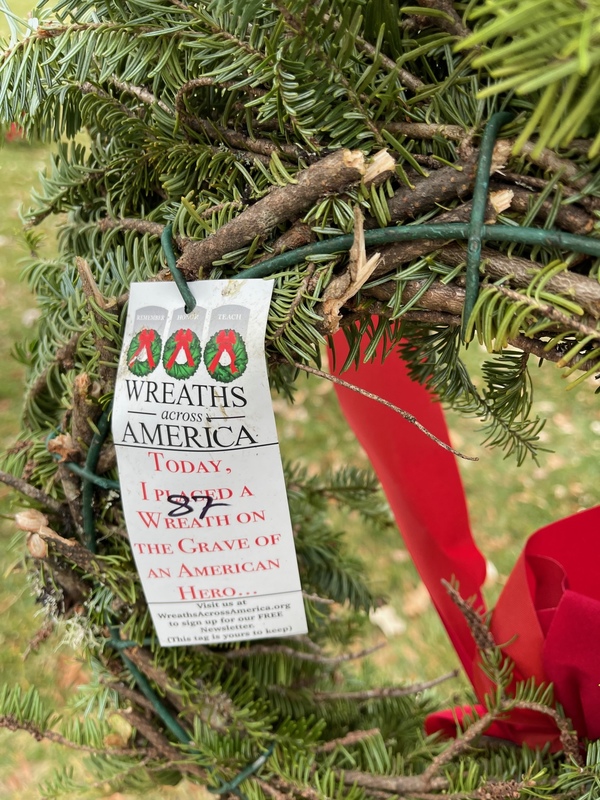 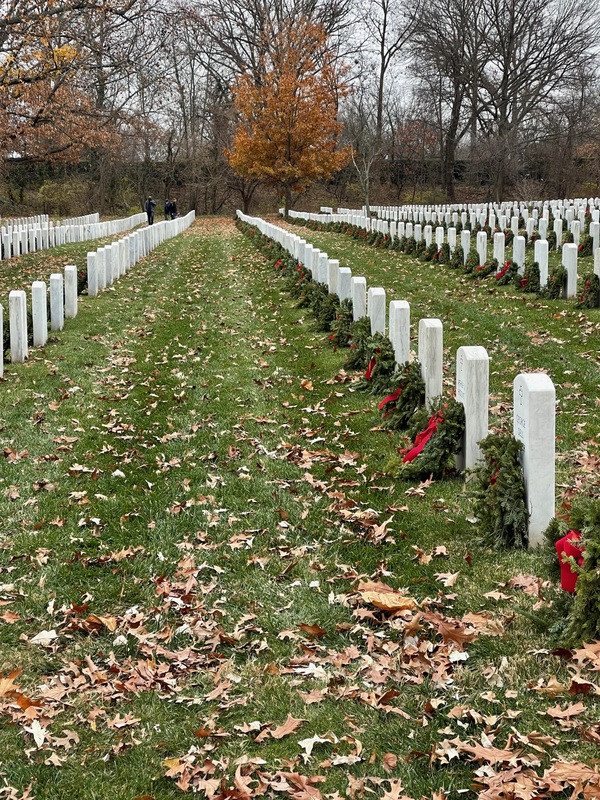 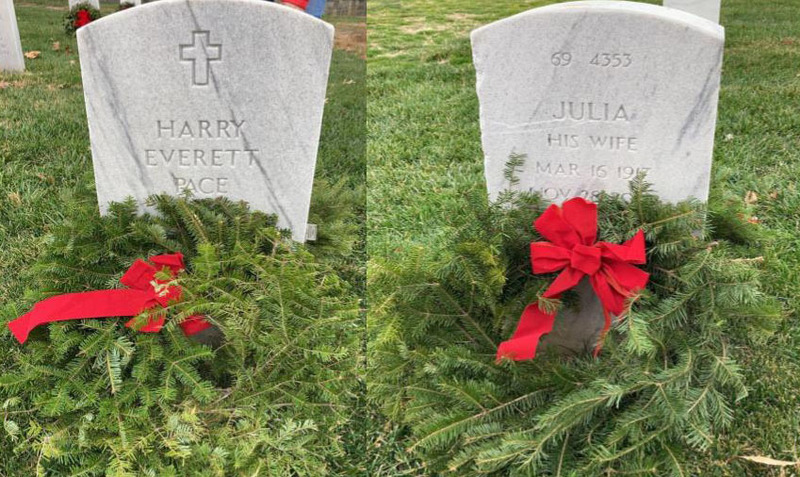 Eighth grader Addyson Zawilski took the opportunity during Attica's National Junior Honor Society chapter's trip to Washington D.C. in December to lay wreaths on the graves of her great-grandmother Julia Pace and great-grandfather Harry Pace, who served in the U.S. Army and fought in World War II, the Korean War and the Vietnam War.