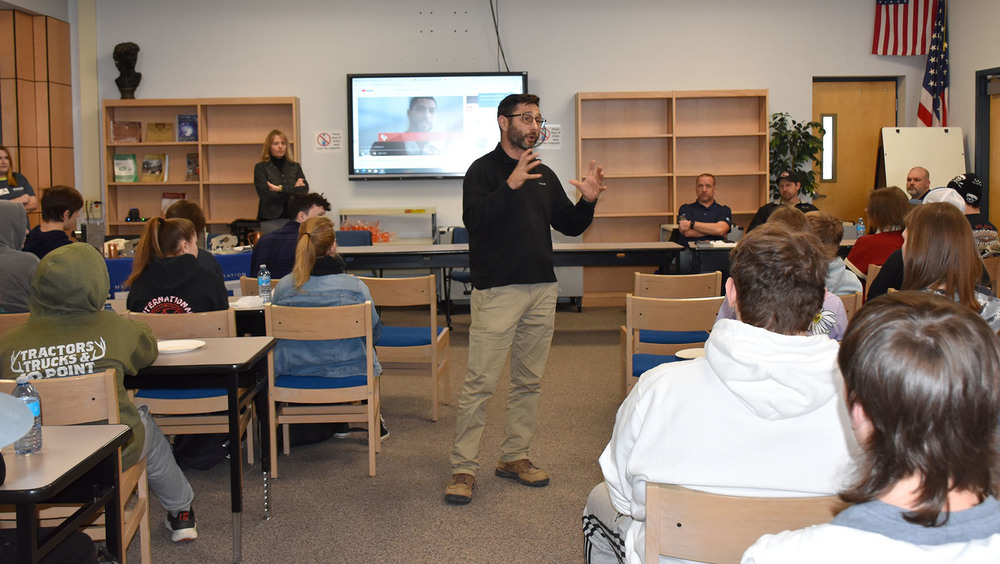 Representatives from seven local trade unions attended a job fair in the high school library yesterday. Representatives presented Attica students with information about their specific union and the many benefits of joining a union when entering the trades.

Representatives went over what an apprenticeship is, the cost savings of joining a union versus attending college or going right into a career after high school. Erica Frongetta, a guidance counselor who helped organize the job fair, said representatives also emphasized the importance of 401k matching or annuity benefits and that many of their contracts are up for negotiations this year, and they anticipate raising starting pay by at least $4 an hour.

While starting pay can be on the lower end of the spectrum, Frongetta said representatives stressed that apprentices get all their training paid for and end up making up for it with markedly higher wages once they’ve satisfied their apprenticeship hours and training requirements, which usually takes between three and five years.

“We had almost 60 students in grades nine through 12 in attendance along with several parents,” said Frongetta. “I hope they learned that this is a great option for those students interested in a trade and how in-demand a career in the trades is right now. We have such hard working students at Attica, it's a great opportunity for them to explore these options.”

After the presentations, students had time to walk around and talk with each of the union representatives, said Elise Meyer, a high school guidance counselor. 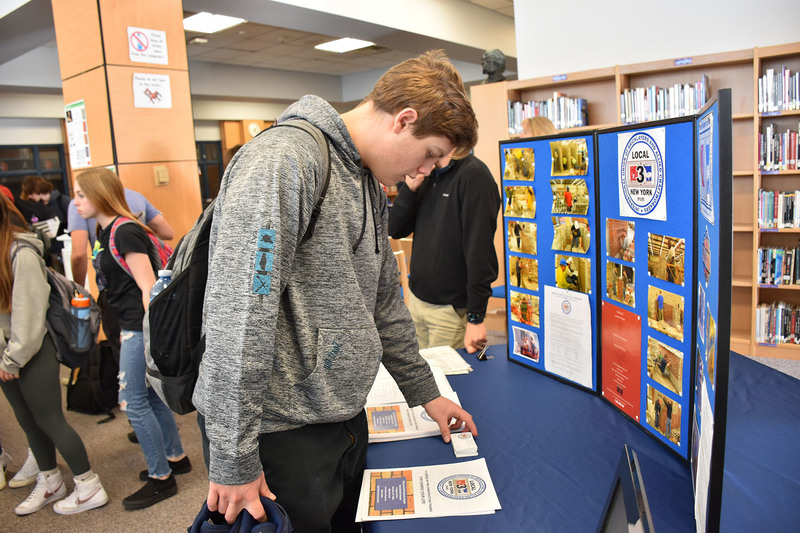 An Attica student checks out a trade union display in the high school library during the district’s March 3 job fair.