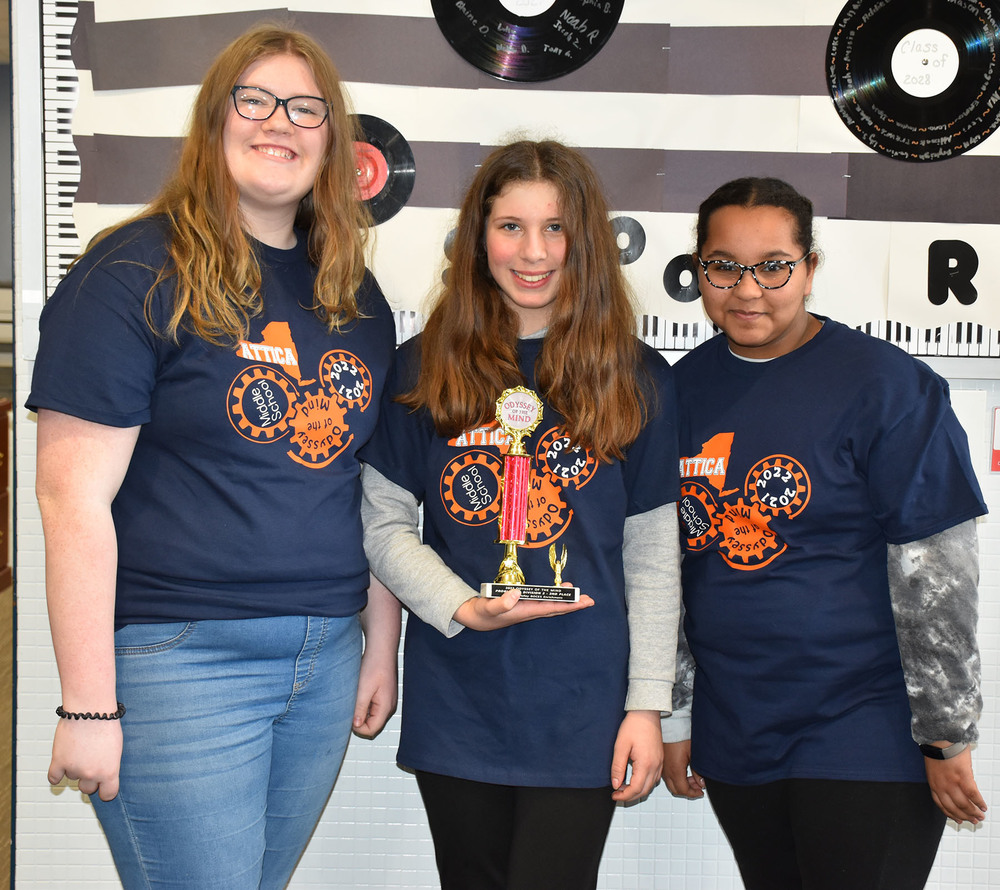 Odyssey of the Mind team heading to state championships

They were competing against larger teams, but that didn’t deter seventh graders Abby Lampke, Lauraeli Shaffer-Walko, and Trinnity Wheatle from placing second at the Odyssey of the Mind (OM) regional competition on March 12. The team, coached by Stacey Donahue, advanced to the state championships on March 26 in Syracuse.

Odyssey of the Mind is an international educational program that encourages students to solve problems by thinking creatively. Teams are given a long-term problem prior to the competition, but a spontaneous problem is presented at the competition. While the teams have months to practice and prepare for the long-term problem, including creating costumes and scenery, the help they receive from adults is very restricted. It’s a great program that challenges students to think on their feet and work with others, while also allowing them to develop creative thinking skills.

For the Division 2 Problem 3 Classics, the ACS team had to create a biographical musical about a selected historical figure. The trio had to write and perform three songs: an opening number, a number whose music conveys an emotion, and a third song determined by the team. The performance also had to include a special effect, movement of scenery, and a membership sign that served as a marquee for the team’s musical. Congratulations to the team and Coach Donahue! 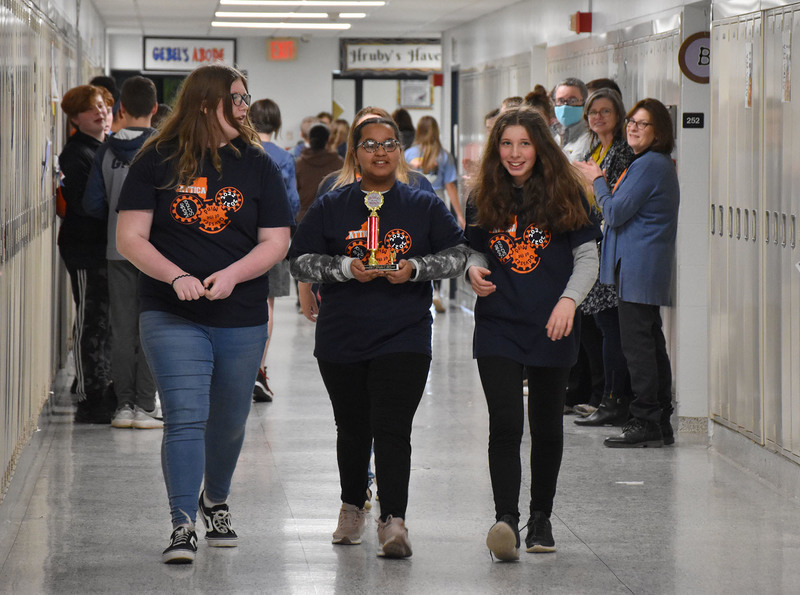 Abby Lampke, Lauraeli Shaffer-Walko, and Trinnity Wheatle took second at the Odyssey of the Mind regional competition on March 12 and qualified for the state championships on March 26 in Syracuse. The team is coached by Stacey Donahue.