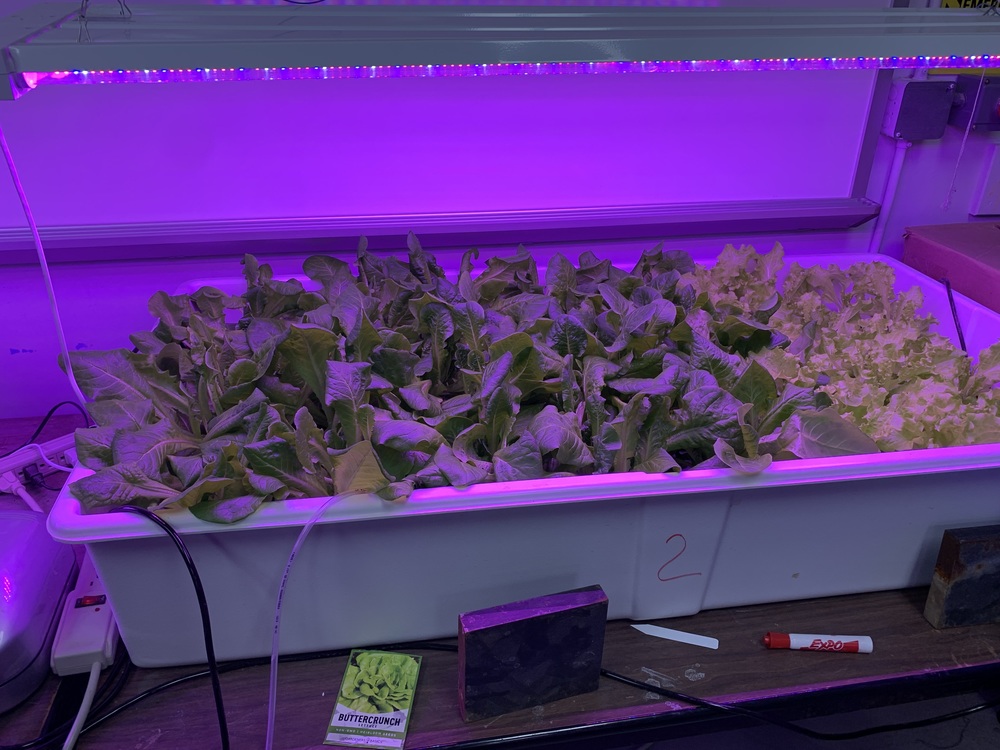 Students in Mr. John Versage’s middle school career and technical education classes are putting the district’s new hydroponic grow system to use learning about plants and their growing cycle while helping feed their fellow students at the same time.

The district acquired the growing system and started growing lettuce last year, said Versage, a technology teacher at Attica for the past 18 years.

“We have these little pads - you get them wet and you put seeds in there and put them in a tray,” Versage explained. “Then you take the tray, put it on top of a little heater and then I have a couple grow lights over there and we put them under there.”

Versage and his students planted Buttercrunch, Iceberg and Romaine lettuce seeds in mid-September and harvested their first crop last week. Once they harvest a crop, Versage's students transport it to the district’s cafeterias where it’s used by Attica’s food service staff in dishes served to students during lunch.

“They think it’s pretty cool to know we’re eating our own stuff that we’ve grown,” Versage said of his students.

Now that the lettuce plants have reached the point of being ready to harvest, Versage said they should continue to yield for quite some time.

“Once it gets to the point where we harvest it and take it down to the cafeteria, it's probably every two weeks after that that you get a good bucketful of lettuce. The same plant will keep producing,” he explained. “It takes a bit but it’s a good turnaround once we get going.”

Versage’s also grown a few varieties of flowers with his special education students using the hydroponic setup, among other things.

“Toward the end of last year, we threw a Coleus plant in there just to see what’d happen. I took it home over the summer and put it in a pot and it grew all summer, so that was exciting to see,” Versage said. “I had a tomato plant going too but it was toward the end of the year and I don’t know - it just didn’t work out as well.”

The new hydroponic growing operation dovetails with the district cafeteria committee’s ongoing efforts to prioritize the serving of fresh, locally procured fruits and vegetables to students.

In addition to the hydroponic grow system, Versage's students continue to experiment

with dehydrating different types of fruits like apples and bananas which are then served in the district’s cafeterias.

Agriculture teacher Michalle Barber and members of the high school Future Farmers of America chapter have been working with Paul Fenton of Fenton’s Produce in Batavia to improve crop yields in the district’s high tunnel greenhouse. Once harvested, the vegetables are likewise served in the district’s cafeterias.

Versage said he and his students will continue trying new plant varieties in the hydroponic system to see what works and what doesn’t.

“Agriculture’s probably the number one industry here and a lot of our students’ families are in farming,” Versage said, “so having this type of growing system here and being able to offer students some real-world, hands-on experience with it is, I think, really valuable.” 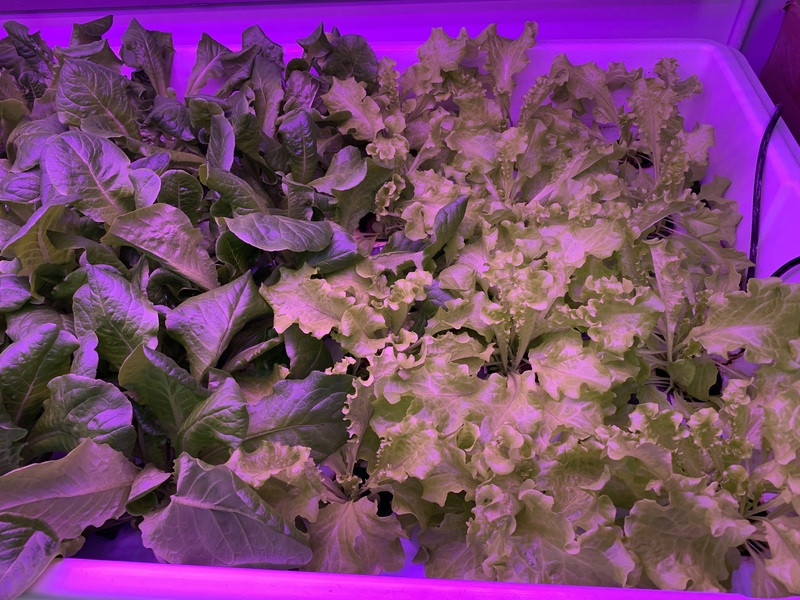 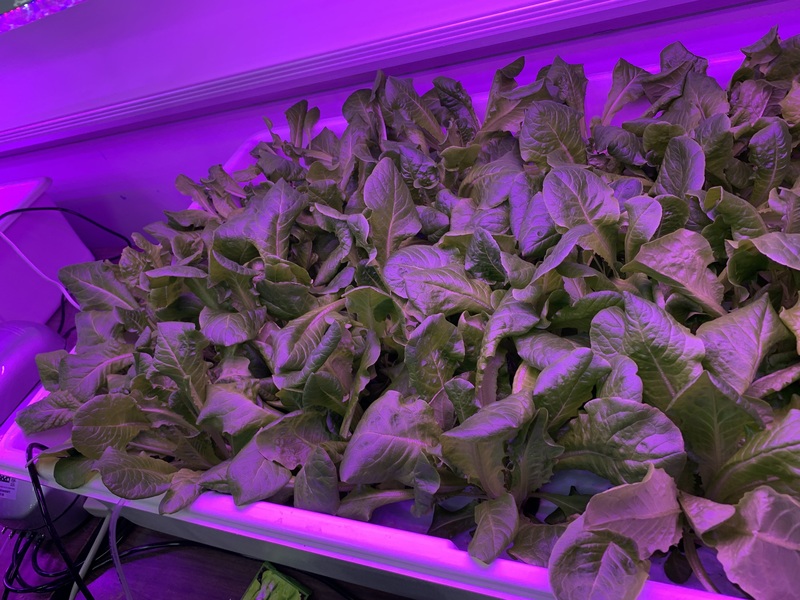 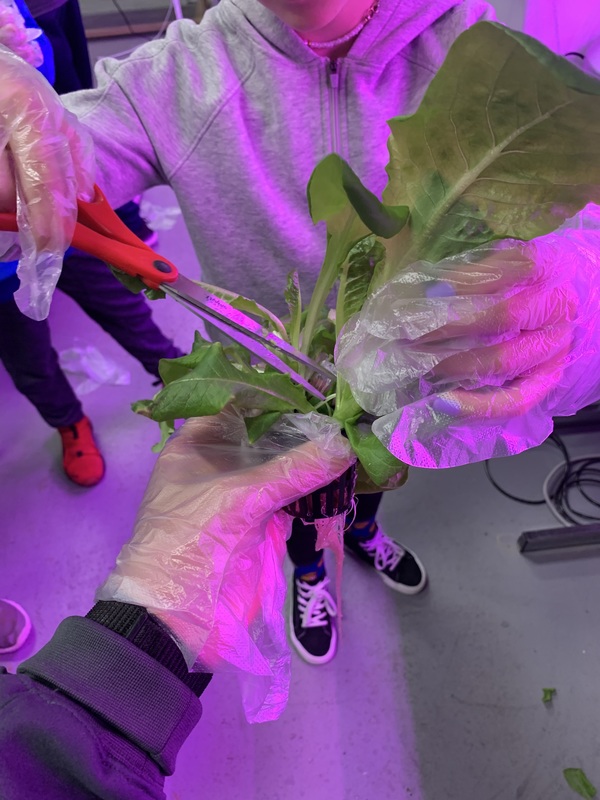 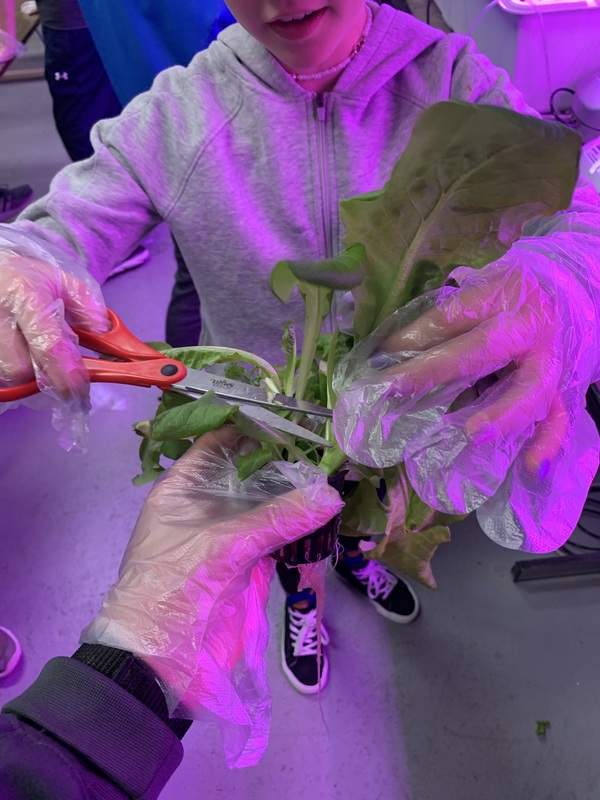 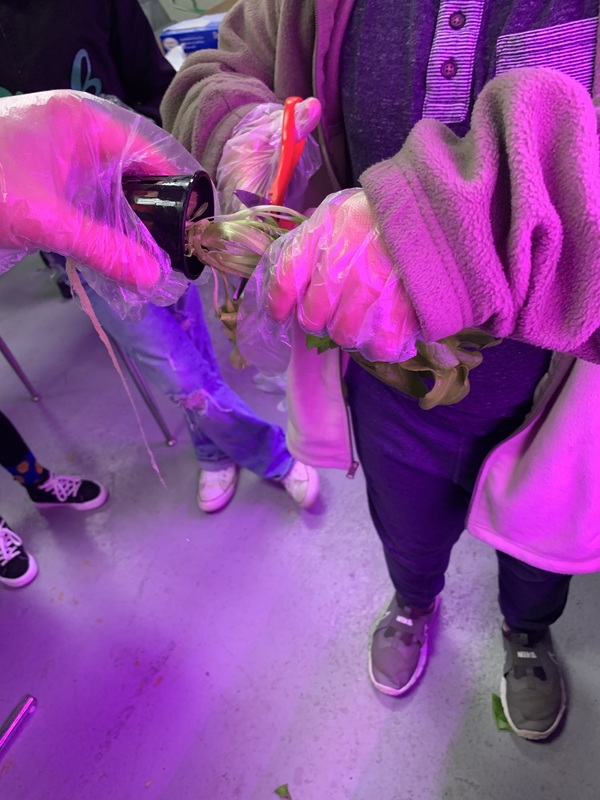 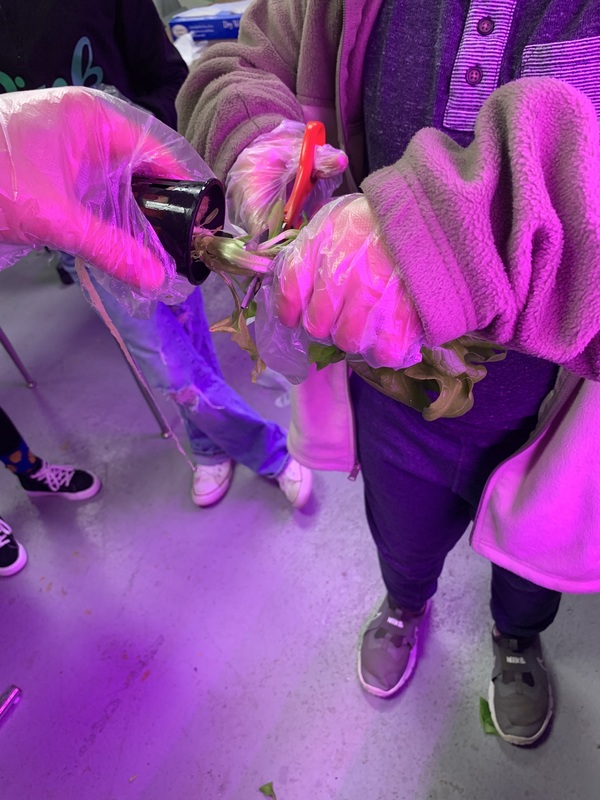 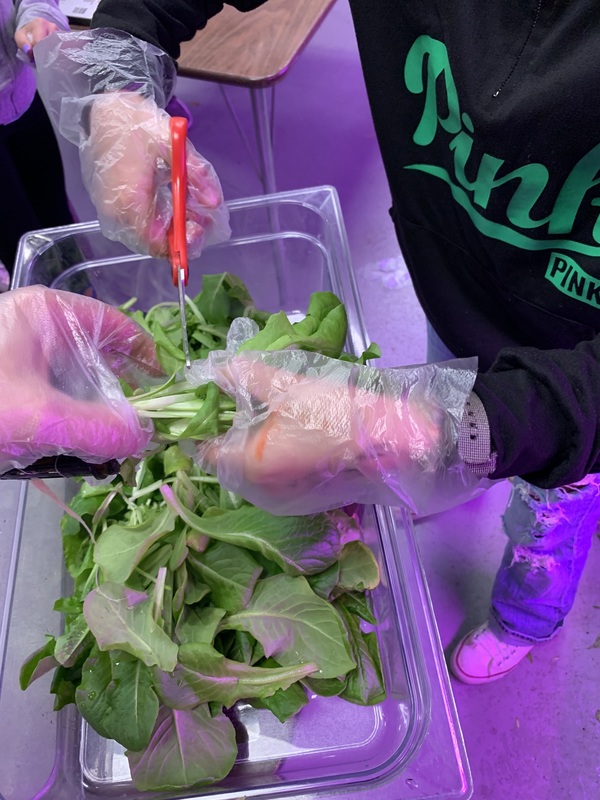 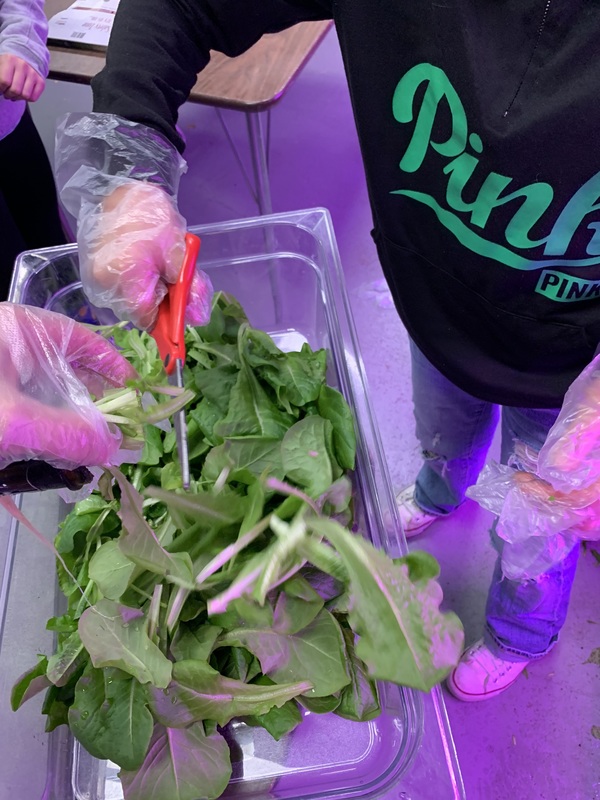 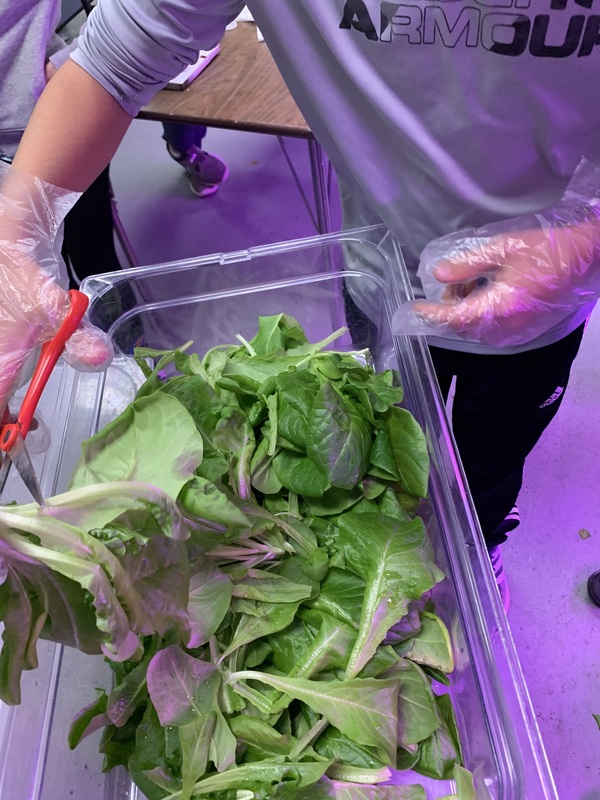 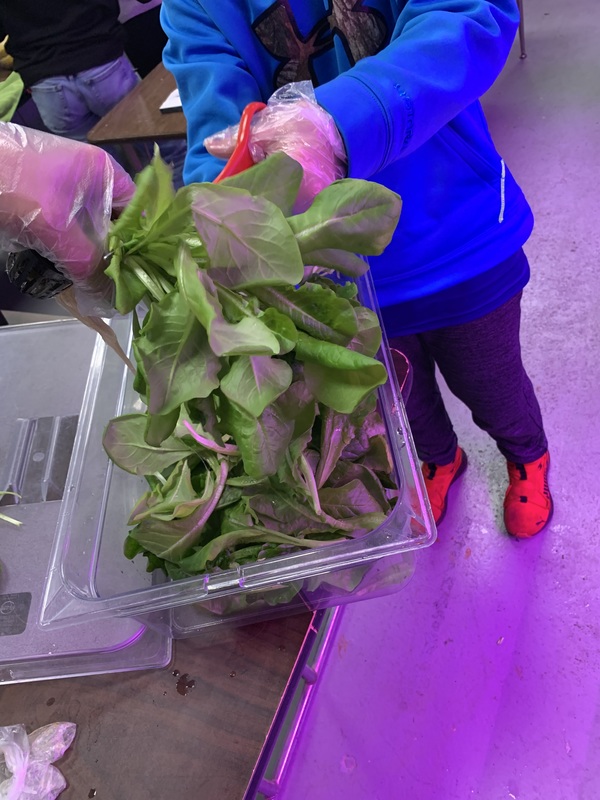 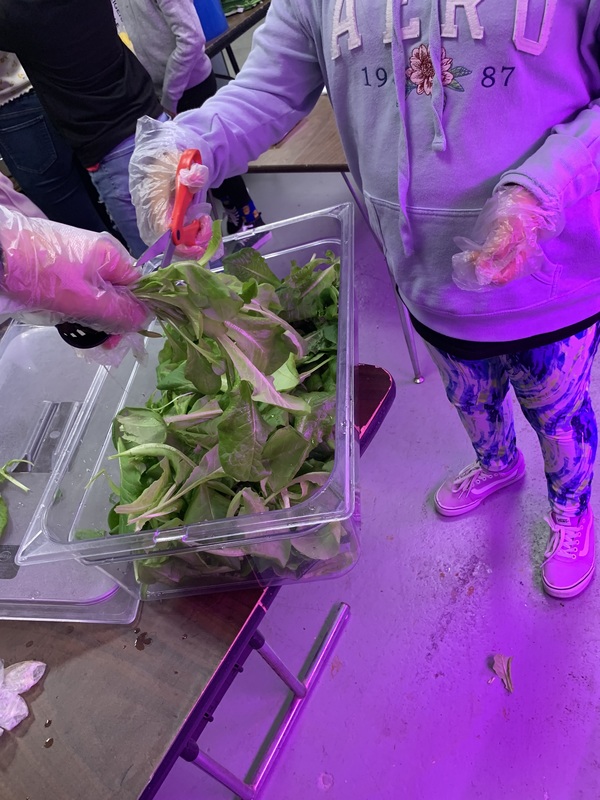 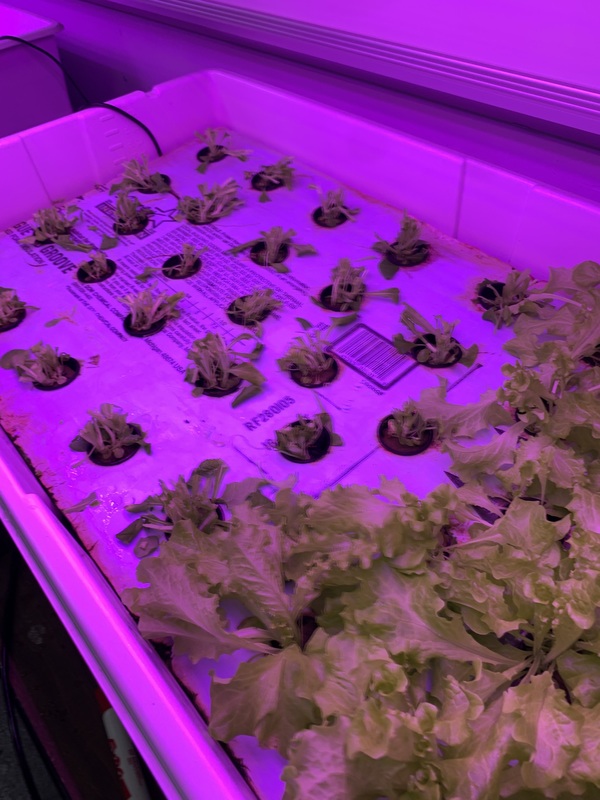 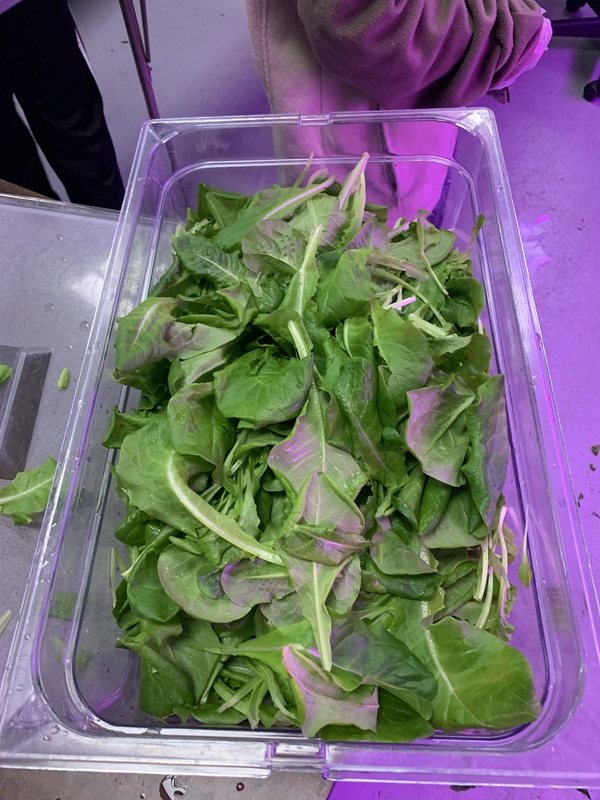