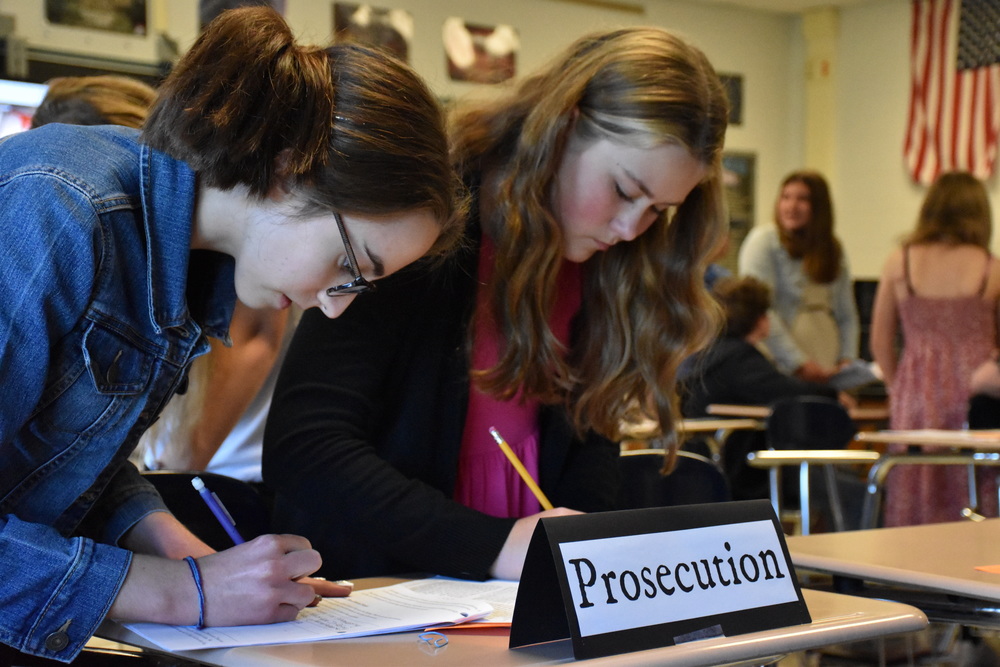 The Narrator of Edgar Allan Poe’s famous short story, “The Tell-Tale Heart,” had most certainly killed the old man. That fact was never in doubt.

But was the narrator sane when he decided to murder the old man to escape the gaze of his evil, vulture-like eye?

Was he sane when he finally smothered the old man, dismembered his body and concealed the pieces beneath the floor of his bedroom?

And was he sane when the beating of the dead man’s heart became so loud in his ears that he broke down and confessed to the police, telling them exactly where to rip up floorboards to reveal the secreted body parts beneath?

The tension was palpable in Mrs. Jody Hruby’s classroom last week as her 7th grade English students channeled their inner lawyers to argue in favor of and against that question to a jury of Attica teachers and staff.

In addition to reading Poe’s short story, Hruby’s students learned about the 5th Amendment right against self-incrimination and the court process in the leadup to last week’s proceedings.

“As a culminating activity, we held a criminal trial for the narrator of the story who confesses to committing a murder,” said Hruby. “Students were broken into prosecution and defense teams and prepared closing arguments to deliver to a jury by using the narrator’s confession in the story as evidence.”

After each side presented evidence either for the narrator’s sanity or insanity, Hruby gave students 10 minutes to prepare a rebuttal to the other side’s arguments, which they then presented to the jury.

Juries then adjourned to decide which side had done the best job of using evidence in the story to make the most convincing argument.

Hruby presided over trials as judge in each of her five 7th grade English classes. In three of the five, the prosecution successfully convinced the jury that the narrator was sane and, therefore, guilty while in the remaining two classes, the defense team came out on top.

“I was impressed with how effectively students advocated on behalf of their side,” said Hruby. “That’s no small feat for a seventh grade student and I was really impressed with the effective and convincing arguments from our prosecutors and defense attorneys.” 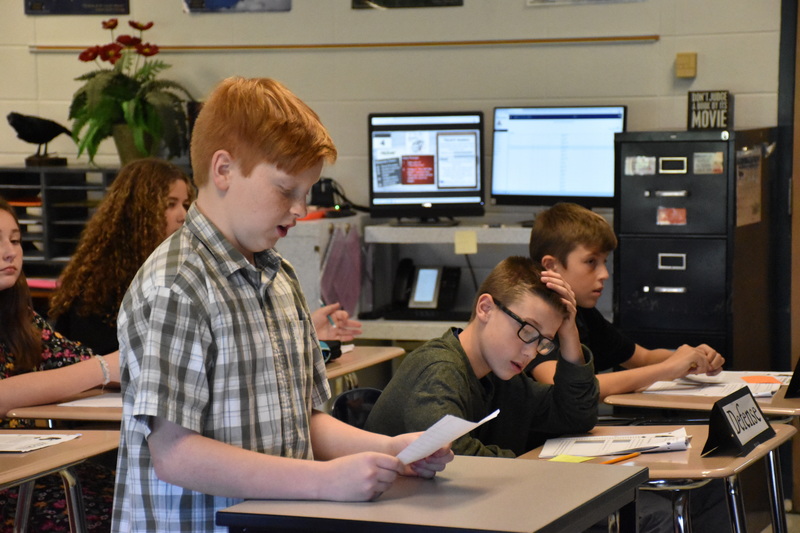 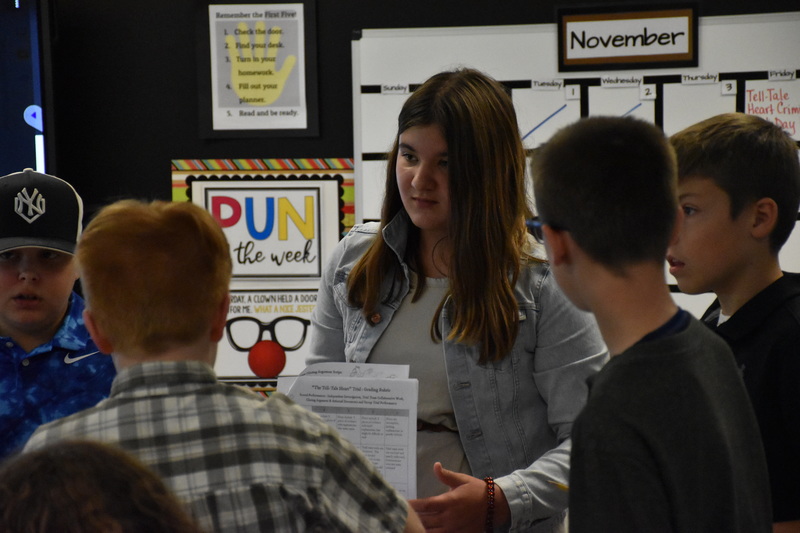 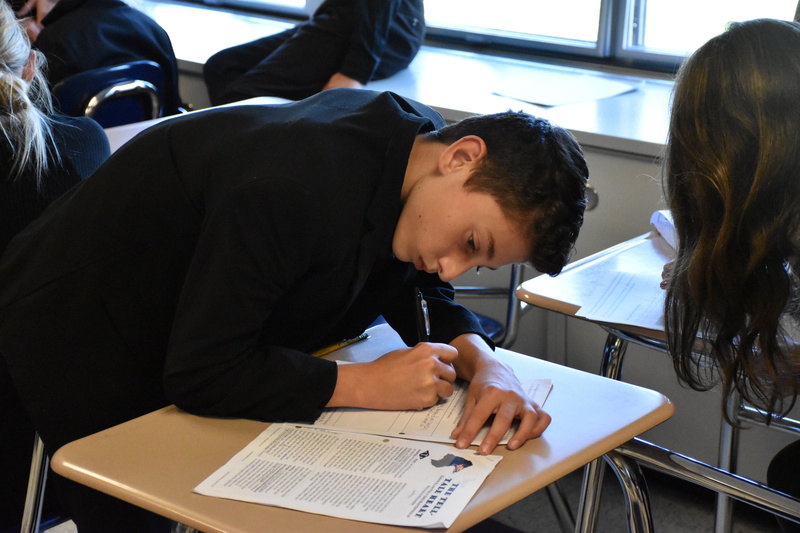 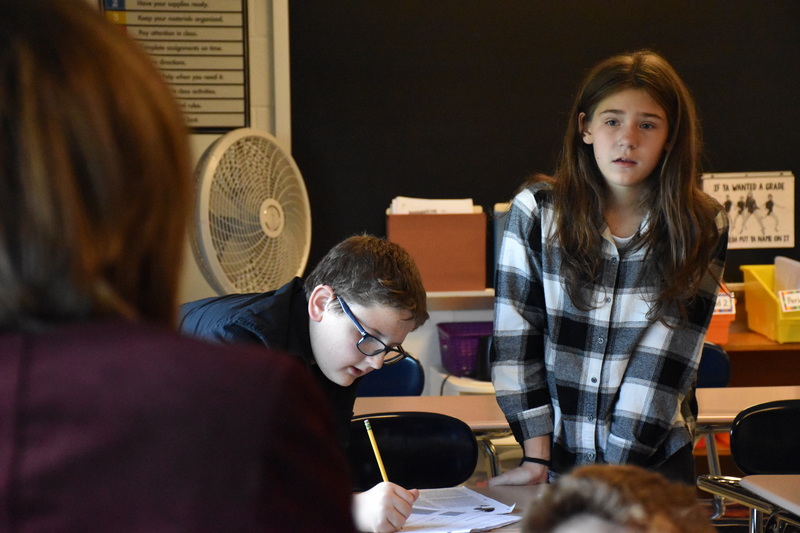 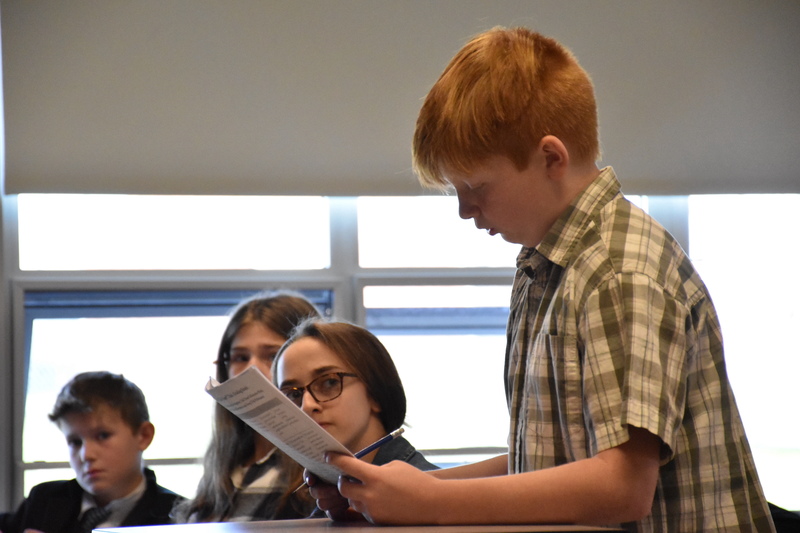 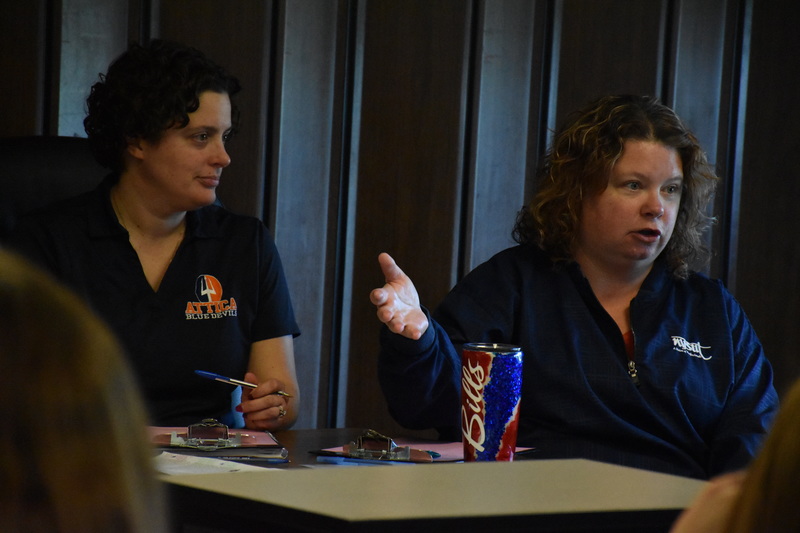 Students in Mrs. Judy Hruby’s 7th grade English class argue their case during a trial to determine the sanity or insanity of The Narrator in Edgar Allan Poe’s “The Tell-Tale Heart.” The trial was a culminating activity on Poe’s short story and tasked students with advocating either for or against The Narrator’s sanity before a jury of Attica teachers and staff, which then rendered a verdict on which side had done the best job of using evidence in the story to make the most convincing argument.

Check out the video above to see how a trial unfolded in one of Jody Hruby’s English classes.